So, why do I spend all of this time talking about Camden? Well, to put it simply, Camden has had a profound impact on how I view the world. Please take the time to listen to these podcasts about Camden and how it has challenged my assumptions and been a part of my critical preparation for Southeast Asia.

“Hey Spirit! Faith! Whatever your name is!”

Remember my post about Jonny and the concept of teammates? Hear me tell more of the story. The Camden kids taught me a lot about expecting God to do something great. We also had quite an adventure while playing basketball together. I love these kids.

Whether in Southeast Asia or the Northeast US, cultural bridges are a critical part of effective ministry. At UrbanPromise, high schoolers who grew up in Camden (aka “Street Leaders”) were critical to the bridging of the cultural gap. I learned so much from them!

Previous Episodes:
Episode I: Hope for the City

As I finish 2010 and reflect on all that God has done, I can’t help but remember the children of Camden who have changed my life so very much. Over the next week, I will be issuing a series of audio podcasts of my reflections from Camden. Download the mp3s, load them onto your iPod and listen to them on your car trips to and from visiting family for Christmas!

Episode 1: Hope for the City 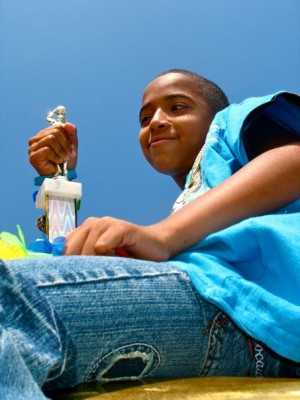 Before I began my summer in Camden, NJ, a friend of mine mentioned in passing, “The secret to changing the world is that you can’t. You can only change yourself.” As I reflect back on not only this summer but the past several years, I cannot help but admit this to be true.

The secret to changing the world is that you can’t. You can only change yourself.

People often ask me, now that I have graduated, “So what do you want to do with your life?” Deep down inside I just think to myself, I want to change the world. The truth is, I’m actually saying, I want to change myself. Being in Camden for the past two months proved this harsh reality to be true. 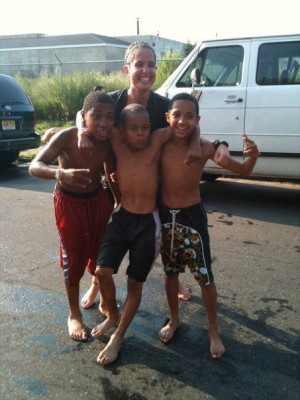 Coaching 5th and 6th grade boys basketball was one of my greatest challenges. Nothing in the world could have prepared me to coach a group of boys that age who grew up on the streets (click here to learn more about the city of Camden and the environment these kids grew up in). There were countless instances where a kid would snap at me with a bad attitude, stomp off the court, spew a harsh comment to one of his peers, or even throw a shove or a punch at one of his teammates. In those moments I just wanted, with every fiber within me, to change that kid. If only he knew how far treating people with respect could take him. But I had to stop for a moment. I knew I had no ability to actually change that kid, where he came from, his society, or what caused him to react the way he did. Rather, I realized that the only real change I could make was how I responded to him. Would I show frustration, or the level of respect I wanted and expected him to show to others?

This lesson is challenging, yet rewarding. As I continue to prepare for Southeast Asia I must continue to remind myself, it must be God who changes people, it cannot be me. My responsibility is to then to be an imitator of God, and to love others as He has loved me. Paul reminds us of this in the book of Ephesians: “Be imitators of God, therefore, as dearly loved children and live a life of love, just as Christ loved us and gave himself up for us as a fragrant offering and sacrifice to God.” 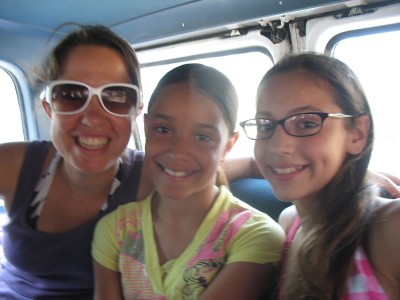 As stated in my previous post, the journey has begun as I pursue God’s direction for the next phase of my life. As of right now, however, God has placed me in the city of Camden, NJ, and what a trans­formational experience it has been already. The city of Camden has suffered over the last several years as a large number of jobs have been removed. This in turn has caused extreme poverty, creating a difficult environment for children to grow up in.

This summer is an opportunity for me to minister to these children and hopefully demonstrate to them that they are indeed worth something, and that they can be the transformation in their communities. While I have been here for just a short time, I have been amazed and appalled at the conditions others are forced to live in even here within this country. I am encouraged, however, by the hearts of the children.

Personally, my time here has grown me as I have had to wrestle with the social issues presented, as well as learn to interact with and love children who come from a very different background than I have. Many of these kids come from abusive homes, and for them coming to camp may be the only food they see in a day and the only love they experience. Ultimately, it is an honor and a privilege to be here at all, and I am excited as to the ways in which God is moving.

Please pray for the children and the people of Camden.

To learn more about what the organization UrbanPromise is doing to help, visit http://www.urbanpromiseusa.org.